Home»Mother Lode Blog»Changing the Climate, One Ride at a Time

Changing the Climate, One Ride at a Time 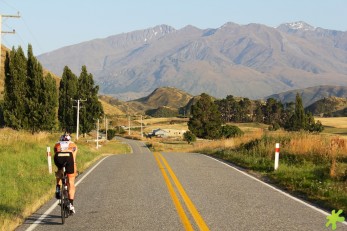 Two years ago I took a class called, “Ecological Anthropology,” which is about the relationship between humans and their environments. Specifically, it looks at how humans are (or are not) adapting to the effects of climate change around the world. It is a fascinating and complicated subject that had me looking closely at many of my personal choices and their contributing effects.

In an effort to make a modest improvement, I rode my bike to school, which really IS uphill both ways and it rekindled my enthusiasm for this mode of transportation. When it came time to write a final paper, I chose to combine what I was learning with my bike-love, tapping out several pages that became “Changing the Climate, one Ride at a Time.”  The following is an excerpt of the reality check that came at the end of the paper. I believe in the power of the reality check, especially when broaching the subject of sustainability since there are so many variables to consider. The best that I can hope for is that it will encourage a pause for thought and perhaps even inspire some of you to take to the lanes, trails and roads on your own silver steed. 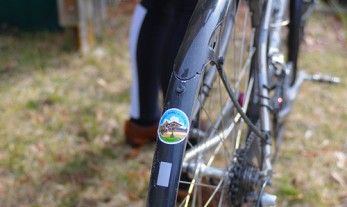 “Will choosing to ride a bike change the trajectory of the climate and ease anyone’s suffering as they face rising water levels, stronger storms, or migration because their farm land has become a desert? No; even if everyone in Bend, OR rode a bike for every trip, every day, the contribution to the pool of energy and resources that would be saved would be less than  a drop- it would be more like a single particle in a misty fog of effort. But here’s the funny thing about fog- it is the mist and fog that rolls in along the coasts that feeds the Redwoods. As the moisture coalesces on the tree’s bracts, it forms droplets and those gather to become a water source that is sufficient to sustain these giants. What begins as a mist becomes something of consequence. So it is with all of our efforts to reduce our energy and resource consumption, no matter how small; the savings collect and join with the larger efforts until our joint attitude and behavior changes, magnified by our vast, global numbers, can begin to slow and perhaps even arrest the velocity of the climate trajectory. Ultimately, it matters; it all matters.

I’ve just been invited to go down to the pub for a beer. It’s a lovely evening… I think I’ll ride my bike.”