A rafting trip down the American River is a trip through history. Amazing events have occurred in the El Dorado foothills that have influenced the course of history.

The geology starts the story. Millions of years ago, in the Triassic period (251-199 million years ago) the Pacific Plate was beginning to be shoved underneath the North American plate. Eventually, it hinged upward to form the Sierra Nevada mountain range, creating a sudden drop off on the eastern slope. Part of that upheaval created the American Rivers, the North, Middle, and popular rafting site, the South Fork. It also brought something else with it. Gold. 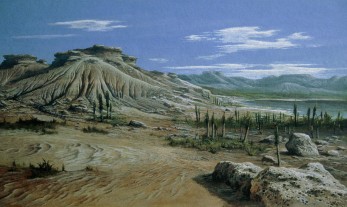 On Jan. 24, 1848 James Marshall glanced down while working at Sutter’s Mill along the South Fork of the American river, just upstream from Mother Lode River Center, and noticed something glittering. Four days latter he told his employer, John Sutter. Before word could spread, the Treaty of Guadalupe Hildago was ratified on Feb. 2, 1848. California, and all its gold, became part of The United States of America. The largest voluntary human migration had begun.

The discovery of gold changed everything, for both the environment and for the people. The indigenous population, the Nisenan, were driven from the land they had occupied for thousands of years. They were killed by diseases brought by the gold seekers, starved, or outright massacred. Marshall himself was driven from Coloma, which the Nisenan called Cullumah, trying to prevent one such massacre. Only small signs are left of their civilization, such as the grinding stone in the upper section of Mother Lode’s camp. There, with a beautiful view of the American River, the women would pound acorns into flour.

The environment was also impaired. More than 7,500 tons of mercury, used to extract gold, was dumped into the waterways and remains there, a toxic menace extending all the way to the San Francisco Bay. Hydraulic blasting moved 13 billion tons of the Sierra Nevada downstream. Geologist and author John McPhee describes the mining as “man became a geologic event.” Gone too are the once plentiful salmon, the grizzlies and native bunch grasses and wetlands. In their place are a series of dams, supplying water to the growing population throughout the state. Only the North Fork of the American River still runs wild and free. 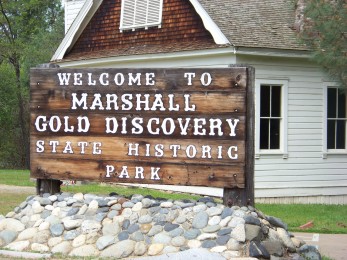 Today, attitudes are changing about use of the environment, and Mother Lode River Center has always been a driving force in the effort to protect, preserve and restore the watershed that makes up the American River. A whitewater rafting trip includes a day on the river, where people can experience the beauty of the area first hand, but also talks from experienced and knowledgeable river guides on the habitat and current environmental issues. Guests are also given the opportunity to join in river advocacy efforts.

Lately, Mother Lode has expanded its vision to include another issue that brings pressure to bear on rivers. Energy. Global warming and the demand for power in the form of hydroelectricity threaten the water supply and river flows. Mother Lode is trying to address the problem at its source, by reducing their carbon footprint and educating others about solar and renewable energy practices. Programs include the Exploratoruim, the Ecobus, and outdoor education for students. Then, there are rafting trips to inspire people to protect and preserve the area, and perhaps even write a letter encouraging others to do the same. The goal of Mother Lode is to make short term changes with long term results.