The Mother Lode River Center was officially formed in January 2000 with the addition of the Outdoor Education Program and Challenge Ropes Course. This article is reposted each season as a reminder of our ongoing commitment to its founding principles. Some of the statistics in this article have changed over the last 17 years, the trends and the fundamental points, however, have not!

An Ecological Approach to Health:

In the United States human health has traditionally been viewed in isolation from its ecological context. During my medical training and subsequent career in Emergency Medicine, issues such as climate change, habitat destruction, species extinction, pollution and the depletion of fresh water supplies were treated as primarily environmental issues lying outside the realm of the medical industry. Equity has been seen as a primarily political, economic and social issue. Sustainability was rarely considered. 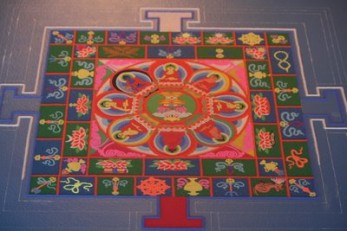 I believe this view must be changed and that not only physicians, but all Americans, have a responsibility to effect this change. Achieving health requires that we address all these elements in an integrated, ecological approach. Our goal should to be “healthy people, living in equitable and sustainable societies, in balance with the natural world”. Ignoring any of these elements has profound and unacceptable consequences.

Few people have anticipated these consequences better than my biology professor at Stanford University, Dr. Paul Ehrlich, considered by many to be the father of American ecology. Winner of the Crafoord Prize, the equivalent to the Nobel Prize for his pioneering work in the field of ecology, Dr. Ehrlich delivered an extraordinary speech that was, in effect, an urgent call for an ecological approach to health. I encourage you to listen to this speech delivered in 1970 (access the podcast here). I think you will be amazed at how contemporary and compelling it is today.

I would argue, however, that one of the best examples of the implementation of some of the elements of an ecological approach to health actually anticipated Dr. Ehrlich’s speech by several decades. As a U.S. Army dependent, I traveled to Japan in 1946 with my family to spend three years as my father participated in the effort led by General Douglass MacArthur to implement the Marshall Plan in Japan after World War II. Although most Americans have understood the Marshall Plan as a program of financial assistance, it is less well known that its approach was systems based, comprehensive and consisted of three distinct components: Democratization, Decentralization and Demilitarization. In order to implement the “three Ds”, MacArthur took sweeping actions that affected every aspect of Japanese society. For example, his approach to Decentralization reflected an understanding that the concentration of wealth and power in the giant family run industrial monopolies, the Zaibatsu, had played a crucial role in the genesis of Japanese fascism. These monopolies controlled the Japanese economy and had, among other things, eliminated labor unions. MacArthur dissolved these monopolies and addressed their extreme concentration of wealth by imposing a minimum wage, a maximum wage and by redistributing the Zaibatsu’s wealth. He also brought about universal access to health care. The eventual result of these measures was the transformation of Japan from a nation with one of the largest gaps between rich and poor and the worst health indices (longevity, infant mortality, etc.) in the world, into the Japan of today. Japan is now the nation with the best health indices, and the smallest gap between rich and poor in the industrialized world.

Given the present challenges we face as Americans, let us consider what has happened in the United States during this same period. While our nation was 5th in the world in 1950 in terms of health indices, and had a relatively small gap between rich and poor and a growing middle class, these trends have since been reversed. Today our comparative health indices are no better than 21st (as of 2017 now 28th), below all other developed nations, Costa Rica and Cuba. The gap between rich and poor in our country is now the largest in any industrialized nation. During the same period our expenditures on health care have exploded. The United States now spends over half of all the money spent on health care in the world, the highest per capita of any nation, while representing only 4% of the world’s population. By contrast, Japan spends the lowest amount per capita on health care among the industrialized nations of the world, while achieving the best health indices.

Another very different society that employs important aspects of an ecologically sound approach to health is the nation of Bhutan, located in the Himalayan Mountains near Nepal. Although Bhutan admits very few visitors in an effort to preserve its cultural traditions, over the past two winters Mary and Phil of DeRiemer Adventure Kayaking were granted permission to lead groups of kayakers to explore the rivers of Bhutan. I encourage you to visit their website for details of their travels. 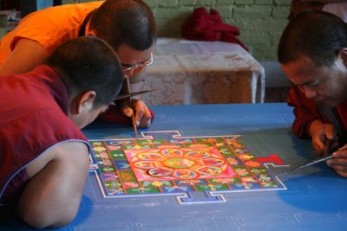 The importance of their experience from the perspective of an ecological approach to health is that the Bhutanese people, who are materially poor by American standards, are comparatively physically and spiritually healthy. To paraphrase Mary and Phil, “the definition of happiness in Bhutan is not ‘having and getting,’ rather in their culture wealth has little to do with being happy. On the contrary, they believe that desiring and wanting often cause suffering. This principle is an underlying motivator of behavior with the result that their culture is open, loving, curious and accepting. Their government pursues the ‘gross national happiness’ and to promote happiness the government engages in implementing model educational, social and environmental programs that take into account the desire to protect the country’s environment and cultural traditions.”

The far off Kingdom of Bhutan and the concept of the “Gross National Happiness” may seem esoteric to many Americans. Nevertheless, over 400 respected U.S. economists including Nobel Laureate Professor Herbert Simon contend that it would actually be more realistic and useful to substitute for our use of the Gross Domestic Product (the total of all goods and services produced) the measurement of the Genuine Progress Index, which attempts to measure the quality of our lives. Comparing these measures during the period since the 1970s is revealing. While the conventional GDProduct more than doubled, the Genuine Progress Index declined 45% during this period. Measuring the GPI would have warned us that, contrary to the many assurances to the contrary, the U.S. economy was actually undermining our health during this period. Not only was our prosperity unevenly distributed and unsustainable, it was not performing its most important function. That function is to support improvements in the health of our population.

Clearly, an ecological, scientific approach to health demands that we define what health is, how best to measure it, and then promote the conditions that achieve it. If we do not do these things, it stands to reason we will be unsuccessful in attaining health. We must recognize that health is more than just the absence of disease. On the contrary, it requires doing things that actively promote it. It is not enough to attempt to correct the effects of doing things that destroy it.

At Mother Lode it is our continuing commitment to contribute toward this effort, one river based experience, one letter, one environmentally and socially responsible act at a time.  We hope you will bring your ideas and suggestions, and help explore the possibilities. Remember, recreation is just that: “re-creation”, a process by which meaningful, constructive change occurs and a vital part of an integrated and ecological approach to health.

See you on the river!
Scott the RiverDoc, Charlie the RiverDog and the MaLode Ecowarrior Clan