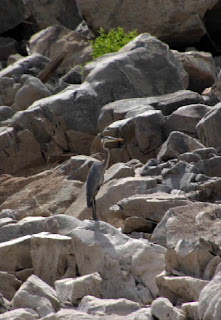 Over the years MaLode has supported Wild and Scenic Status for several different California Rivers including the Tuolumne, Merced,etc. These efforts have succeeded in part because of the letters written by MaLode participants. For instance, the Tuolumne River Wild and Scenic campaign coordinated by Friends of the River produced 10,000 letters total. In spite of the fact that we don’t run the “T”, 5,000 of these letters were written by MaLode participants.

Last season a very special thing happened. The Bureau of Land Management (BLM) completed a study on our home river, the South Fork of the American, and found it suitable for protection under the “Recreational” classification of Wild and Scenic. There are three different classifications: Wild, Scenic, and Recreational. A river need not be a “wilderness” river to be protected under Wild and Scenic.

As the most popular whitewater river in the West, one would think the South Fork is a “Recreational” category slam-dunk. One problem has been that some Federal Agency must own a specified percentage of the land along the river. Fortunately, acquisitions of land along the South Fork by the BLM have been occurring through the American River Conservancy over the past 16 years and have finally made this possible.

The BLM asked for public comment on its Wild and Scenic proposal. The initial comment period ended December 13, 2006 with over 2000 letters received. This is the largest number ever received by the BLM on such a proposal. Of these, three (3) were against Wild and Scenic and the rest (1997) supported it. Done deal? Not quite. The rubber now meets the road and local opposition is expected. This opposition is largely from landowners who mistakenly think their private property rights might be affected. This is not true. What it will do is prevent dams or diversions that interfere with recreation. Everything else is unaffected.

How likely is it that the river could be dammed? Unfortunately, the South Fork currently has no protection from dams or diversions. In 1974 when I started boating on the river, the South Fork had two proposed dams which had been approved and were seeking funding. One would have been at Salmon Falls and would have destroyed the Gorge Run. The other was above Troublemaker Rapid and would have destroyed the Chili Bar Run. We defeated those dams. However, these or other proposals could come back without permanent protection.

Given this situation, MaLode will be supporting Wild and Scenic designation for the South Fork in every way we can. Stay tuned and remember to ask your guide for an update!